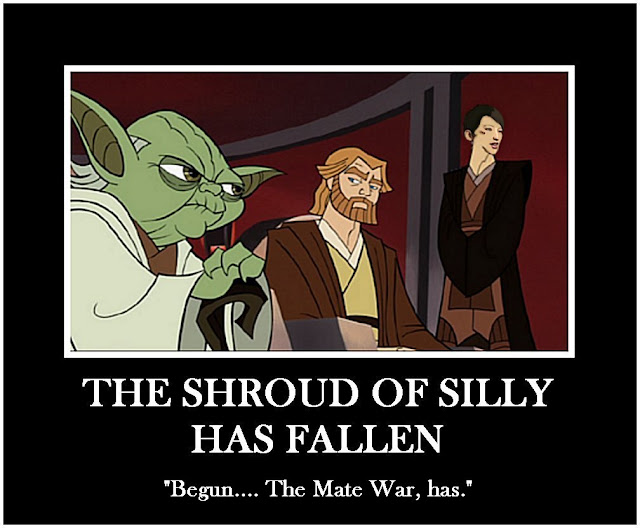 "Welcome to the 38th edition of the EVE Blog Banter, a community discussion that delves broader and deeper into the topics of the moment in all matters EVE Online. This month's community meat upon which we dine is inspired by an obscure and inactive blogger you've probably never heard of.  ;)
"In his recent "That's just the way it is" post on Jester's Trek, blogger Ripard Teg posits that the established EVE player-base has come to accept many of EVE's design idiosyncrasies, rarely questioning their purpose or benefit. Conversely, he also suggests that new players might not be so forgiving of these "quirks". In an interview with Gamasutra, Senior Producer CCP Unifex describes EVE Online's developers as "relatively hands-off janitors of the virtual world", underlining that he has only four content developers but "a lot" of programmers and engineers.
Has a culture developed where CCP has started to take player effort for granted - expecting the "social engine" to fulfil tasks that might otherwise be CCP's responsibility? Or should this culture be embraced as part of "emergent gameplay" with these quirks accepted as the catalyst for interaction?"
=============================================
I, as so many of us who blog re EVE do, read JT ervyday and read “That's just the way it is” the day it was posted. I read CCP's Unifex’s (Senior Producer Jon Lander's) interview on Gamasutra. And as with us all saw the topicality and postworthyness of much of what was said and started right in on a post… which I have decided to post separately. This is an answer to the above query…
Firstly as to Ripard’s List, pobody’s nerfect…
Reality is full of idiosyncrasies, I hate that my epidermis sheds, daily, and my sweat glands are functioning, properly, in July, in central Va, both of which necessitate that I take a shower, or two, every damn day… but you dunt see me kneeling (typing) and asking (petitioning) he (them) who run things could you just fix these two little things so I can be more happy? I mean, in a few hours of ‘playtime’ anyone in EVE can make enough ‘space money’ to BUY IMMENSE POWERFUL SPACESHIPS… and be thankful that there is no Division of Space Vehicles where you have to queue up for days just to get tags & stickers either… what the hell more do you want?? Geez…
Simplify things too much and you risk boring people. And I know, I know… Interesting Complexity is GOOD and Useless Busywork is BAD. Well, always remember, one man’s Interesting Busywork is another man’s Useless Complexity. I personally miss the old POS fuel system. I really do. I felt like reality to me. You had to THINK and plan and carefully oversee the POS fuels. Balance them and make intricate and fascinating spreadsheets full of data only you and the few true initiates really understood… Now it’s all nerfed and I dunt like it one damn bit. CCP ‘listened’ to the ‘this is busywork to us’ crowd and made the whole damn thing too easy… not like real life, more like a GAME… pissed me off that did.
Secondly, No, I do not believe CCP has started to take player effort for granted. I think they have had high expectations from us right from the start.
I believe they are seriously trying to do something quite possibly new in the world. Create a true virtual reality ‘sandbox’ environment. This is to create a ‘place’, EVE, wherein we, the players, live a virtual life. The tightrope CCP walks is not a straight line but a web. They need to balance the psychological Risk vs Reward, not the Risk vs ISK, that’s just one ‘part’ of the equation CCP faces daily.
Let’s look at the psychological Risk vs Reward. These are a few normal expectations from EVE as a ‘game’…
-a break from the grind of reality;
-a touch of drama and danger, entertainment and excitement for thrills unavailable in reality;
-a sense of accomplishment and success, to become Rich and Powerful unlike most of our real lives;
And yet, this is not just a game… it is not WoW or LotR or Tanks, this is a Virtual REALITY… remember “There is no reality but what we make for ourselves...” there are no ‘quests’ as such really, there are a very few extended missions like the Epic Arc, but not enough to keep everyone busily runnin around bashing ogres 23/7/52… they are not what EVE is about.

EVE is about US. We are the content and we always have been… CCP just (LOL ‘just’) makes the sets, props, costumes and lighting. CCP is working as hard as they can to keep the music playing the lighting just so and the sets interesting so people will want to join in ‘our’ play… but none of it is scripted… we make up our own stories here… “The play's the thing…”
“All EVE's a stage,
And all the bears and griefers merely players,
They have their gates and their wormholes,
And one pod pilot in his time plays many parts…”
They are not shirking their responsibilities… they have the hardest job of all… Without a guide, a story a quest or a dungeonmaster, they have to create and maintain this ‘verse we share and the rules and laws by which it is governed balancing our childish sophomoric wants against the need to constantly make it interesting enough, difficult enough, hard and harsh enough to grab us by the brain, but not soo much as to drive us away looking for easier roles to play.
Read the blogs, read the forums… I do believe as long as people are whining and raging and ranting and LOLing… CCP is doing exactly what it needs to do. Keeping us INTERESTED in a game with NO SET GOALS… to keep us wanting to step back onstage and take our places in, Our Neverending Story… 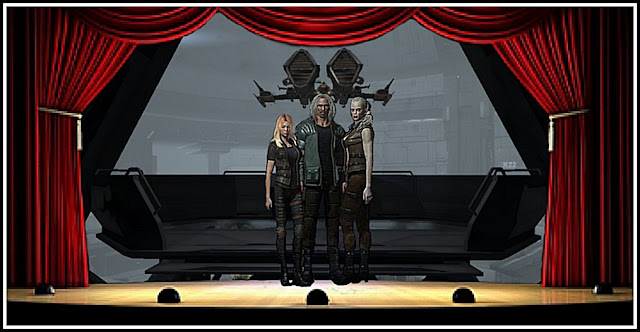 OK the timing on this is just effing amazing...
You wanna know just why I feel strongly that am right in my above metaphoric (as compared to metagamic) discourse on this topic?

There aint a dev alive who could script THIS shit!!! Long Live the Asshats of EVE!!!
============================================
"Blog Banters" are brought to you by the good folks at...
“Freebooted” by Seismic Stan
“The brainchild of the Blogfather, Crazy Kinux, blog banters are single subjects discussed across the EVE blogging community. It encourages the sharing of ideas and cross-pollination of readership. All in all a healthy thing for a community.“