~or “Finding What I Liked and Ignoring What I Didn’t…” 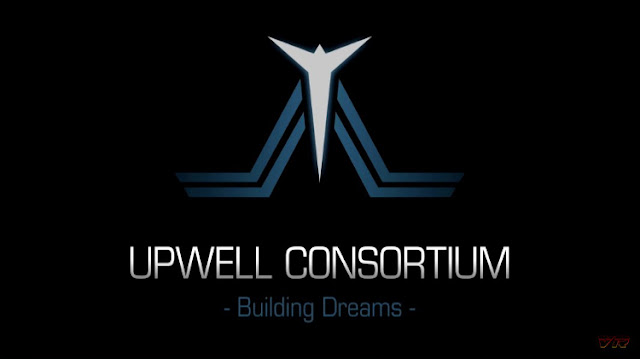 Fair Warning to Readers: LOTS O PIX ahead... 46 to be exact.

Finally got to watch the EVE Fanfest 2016 Keynote last night… I really hate to say it but like Neville, I was not overly impressed. There was a lackluster feel to the presentation. Like Seagull, Fozzie and the rest would pause for applause… and there was only a smattering, a half-hearted clapping of hands because it was expected, not a sudden response to something exciting, something… good.

Started with a SCOPE News Broadcast on the Final Rounds of the Amarr Succession Trials… While I LOVE the Lore and I do love that CCP is trying to include us in the NPC Lore story… it felt… I dunno, kinda thin as a way to kick off the Fanfest Keynote. 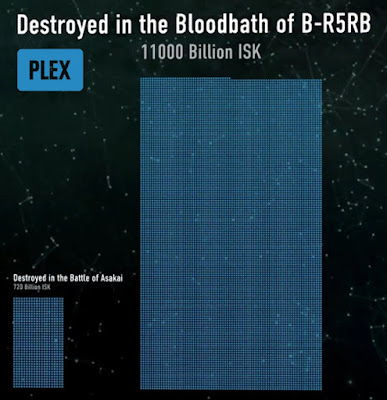 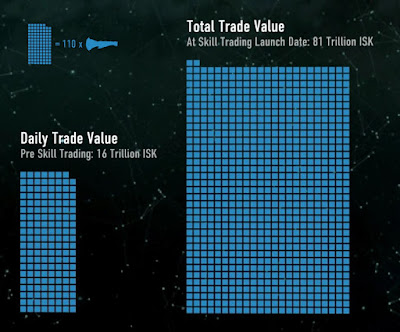 I was pleased and a bit surprised to find that 67.1 Trillion ISK is tucked away in Anoikis… Please keep in mind dear reader, there are NO invulnerable stations in Anoikis… ONLY POS’es, destructible POSes… and of that only 9% is in Thera, the only Wormhole to actually have (indestructible) NPC Stations.

I went through the whole presentation and here are the totals…

Back to CCP Seagull… and CSM11… My overall take, Yuch. Voter turnout was just barely above 2014 numbers… and the end result? 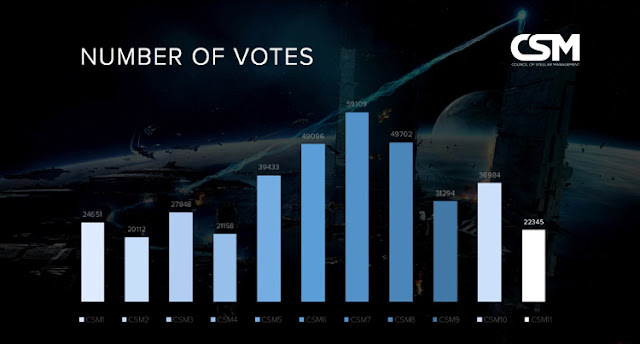 If you’re in nullsuc, you might care… because that’s all we got. I believe Steve Ronuken is the ONLY non-nullsec player on the council… so the vast majority of the players… all those in Hisec, Lowsec and Negsec are going to be all but ignored by the current council. Oh joy. All I can tell you is I voted… and this shit aint what I voted for. 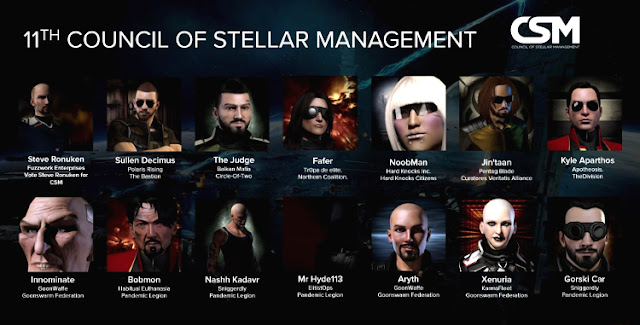 Next up was A HUGE plus for me personally… I am a big bookworm. I actually am usually actively reading 2 to 3 books at the same time. IE I have several with bookmarks and can pick up anyone and fall right back into the story or any one of them anytime. I was one of the 3116 backers of the Andy Groen’s “History of the Great Empires of EVE” and got my promised paperback version which I avidly read… but I also have bought the EVE Source and EVE Universe books and just yesterday received my hardbound copy of the “History of the Great Empires of EVE” for my collection.

CCP TOriFrans came out and announced a book for summer 2017… and book of ship plans… cutaway views of the Frigates of EVE. O M G. You see the only thing I ever went to college for was drafting and mechanical design. One of the reasons I did was my deep love of the pictorial isometric cut away views of WWII ships, subs, fighters and bombers I fell in love with as a boy in a large number of books I have collected down the years. 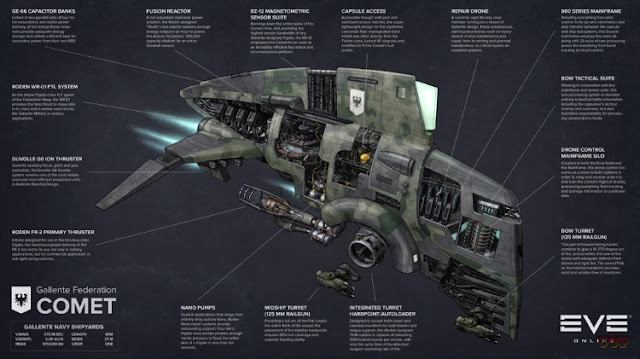 I was, as so many were, a little upset that CCP hadn’t spent more time on cut away views and on the ships themselves. Well… it seems CCP heard us. We are now getting that book. I just hope CCP realized it cannot end there… you do the frigates, you damn well better do EVERY CLASS and EVERY HULL CCP!!!  YOU HEAR ME!?!?!


There will be artwork to go with the stories of the various hulls design, manufacture, use and support.

Charles White is a Knowledge Management professional with NASA’s JPL in Pasadena. Charles, also known as Max Singularity the 6th, First of His Name, is also going to be a guest writer for this book on the subject of propulsion.

CCP Seagull presented a CCP created Cell App for iOS and Android. It looks cool, I have used a few over time… but I’m not a big “phone” guy… not one of those who spends every waking moment staring in some form of tech rapture into a 2x4 in. or even a 4x8 in. screen when I’m not doing something more important… or like so many who stare into the damn thing even when it puts my life, and others, at risk.

Biggest thing I liked about it was EVE Mail finally outside of the client, and POS notifications… other than that, meh.

So on to the Roadmap. We’ve all seen it, CCP Seagull’s Roadmap for EVE Online. She rolls it out and says, “With the Citadel expansion, I would place us about here on the big picture Roadmap." This does kinda jibe with my feeling of how CCP has been doing. Then came CCP Fozzie and CCP Larrikin who presented us with a series of Upwell Consortium Commercials. I liked em… A nice lore’ish feel with real ‘verse impact. First up, the Citadels… nice visuals showing off features and gameplay.

They announced that this summer Contracts will be made available in Citadels, we will get more new Citadel modules like a Ship Tractor Beam (something my crew has long joked about and wished for) and a Ship Repulsar AOE weapon to push ships away.

Then another Upwell Commercial, this one for the industrialists…

The plan seems to be to offer these replacements for POS uses until they reach parity with POSes, then POSes will be going away. By Fanfest YC119 CCP will have begun the POS buy-back program.

Next up, The Rorqual is getting the love… Free upgrades from ORE, powerful medium range Mining Foreman bonuses, and a weapon… a Defensive Super Weapon that will make you and your mining fleet invulnerable… for short periods of time.

Plus a new mining drone… an Excavator Class Mining Super Drone… created from Rouge Drone tech… what could possibly go wrong? These require rouge drone salvage… from the outer regions… from nullsuc.

There are planned Upgrades and improvements for all the mining barges.

At 46:05 (here) Fozzie was giving an Upwell Mining Pep talk when the Angels and Serpentis broke into the stream with an announcement about their new Capitol ships…

After the stream cleared up, CCP Larrikin announced that the pirate factions were so scared by the battle of B-R and have, as a result, decided to get into the capitol business themselves. Check out the stats!!!  OMGLOL!

Warefare Links are getting iterated… plus the usual ongoing iterations, changes and additions.

Back to CCP Seagull… some talk on NPE and bringing new players into the game. More control over the risks of bringing in new players to a corp (IE less effective corp thefting/spying in the future). She introduced CCP Ghost, a new producer who will be solely focused on NPE.

Very weird talk at first… he kinda rambled around (a lot) about him and his brain to get around to how he met Hilmar. He quit his job at the Iceland Prosecutors office to work on why we have only approx. 300k active accounts when last year alone 1.5mil trialed it… half of them, approx. 750k players dropped out within a few hours of trying EVE.

Imagine if we hooked only half of those… every year. Just imagine.

So we have approx. 2 hours to ‘hook’ a new player… if they don’t get it by then, they just move on. I liked his answer to how we might do this… “Immersive experiences that provide meaningful gameplay plateau.” IE We need to get new players emotionally involved in the game quickly… very quickly, in less than 2 hours quickly. He then asked for our help. I liked him.

Back to Seagull… More stuff like Operation Frostline, Bloody Omar, and other Events and story arcs will be coming along these lines.

Fly reckless and see you around the Citadel =/|)=

I’m still out there… even loggin’ on occasionally, runnin sites, getting jumped, lost ships, even killed a few… just not a lot to talk about really. Personal life stuff is working out better, which is good for me, bad for ya’ll…

And I know all ‘bout the Goon War, The Casino War, World War Bee, whateverwar… I even sorta brought up that mebbe we, my gang, might wanna consider mebbe leaving th’ hole for a bit to… you know, join in the GoonStomp and mebbe get to say “We were there” n shit… my guys weren’t really going for it though. We’re wormholers, Anoikis is our home and the space we love best and the goings on in Empire… well, we just don’t care that much really.

So, I’m still here… and I am just not doing anything much that’s prompting my muse is all. Still love the game, still play it more than any other, still care… just not motivated blathering wise ATM is all.