“The Line in the Mind”

"EVE Online sits on the frontier of social gaming, providing an entertainment environment like no other. The vibrant society of interacting and conflicting communities, both within the EVE client and without, is the driving force behind EVE's success. However, the anonymity of internet culture combined with a competitive gaming environment encourages in-game behavior to spread beyond the confines of the sandbox. Where is the line?" 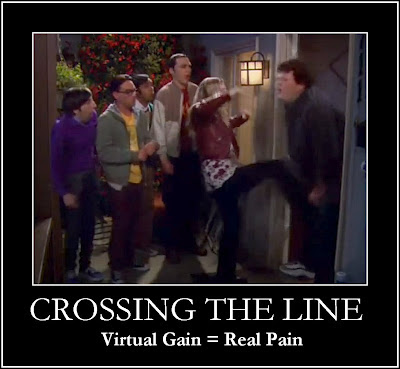