One of the guys in HLP (sister WH corp we share the C2 with) setup a POS bash on a Sm Caldari Control Tower that they found in an adjacent C2 WH. It was being used as a staging POS for a Lrg POS in the same WH. It had no defense mods and only a Ship Maintenance Array. Our guys had put it into reinforced mode the night before and wanted to get enough of us together to destroy the POS and raid the Maint Array the next night.

I made the 30+ hop run to our C2 so I could get a BC or a BS out, and of course, as I am outta corp again, I first hadda set the POS PW, which my CEO said he had changed… tried the one he gave me… no go, so I tried the old PW, and violá. I logged on my WH alt and threw out a few ships for Tur to choose from. We had 9 pilots, 2 from my home corp plus 5 from HLP and 2 of us from RvB. Our fleet comprised 2 Ravens, 2 Hurricanes, a Maelstrom, a Drake, a Hyperion, an Abaddon with me in one of my Hounds. 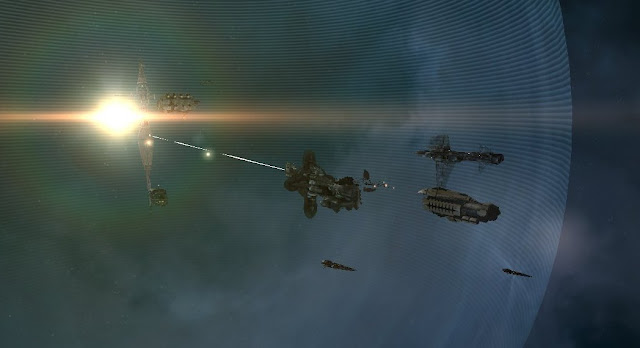 My role was scout, scanner (JIC) and I was to add my firepower when, and if, safe to do so as I had no ‘tank’ to speak of. We formed up in the Hisec system the WH was in. When all was ready we fleet warped to the WH, (we each BM’ed the WH) and “Jump jump”… (BM the EXIT!!) and after our FC had warped to the POS we fleet warped on grid and began the dance. An Itty Mk5 was sittin inside the POS, but unmanned. We started the bash… everyone opened fire on the Tower. After a while a Drake warped in as one of the owners came online. He was speed fit and could push over 1000m/s. He flew out of the ForceField, [Yellowboxed] me, (Targeted) then [Redboxed] me (opened Fire). I warped out after the 1st hit with less than 10% shields left… LOL 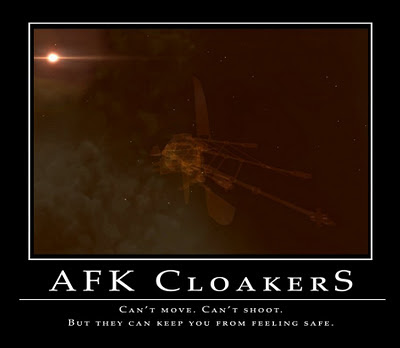 I cloaked up and warped to the WH exit and started overwatch in case the “God Cursed Eminy” (IE the poor blokes what owned the POS we were bashin) brought in reinforcements via the WH. I listened in as my mates attempted to close with and destroy the Drake but he was able to warp out. Then they engaged an Abaddon that warped into the POS, moved out and engaged. The other RvB pilot in our fleet died heroically in a suicide tackle with his ‘Cane… but the ‘Baddon was able to break engagement and warp out.

Nothing was happening at the Exit WH, we seemed to have only the 1 defender online and active so, still cloaked, I warped back to the POS at 100KM. While I ran in closer I watched as my guys ran the ‘Baddon off once again and went back to methodically pounding the Tower into submission. I decided to join in, quickly made a couple BMs then uncloaked and added my Torps to the DPS being put to the Tower. Every time the ‘Baddon came back, I cloaked and warped to one of my safes… each time my guys would do their best to take him out, and he was working the H&I role… Harass & Interdict… He would play POS games poppin in and out of the FF tryin to either take one of us out or at least interdict our fire on the POS. 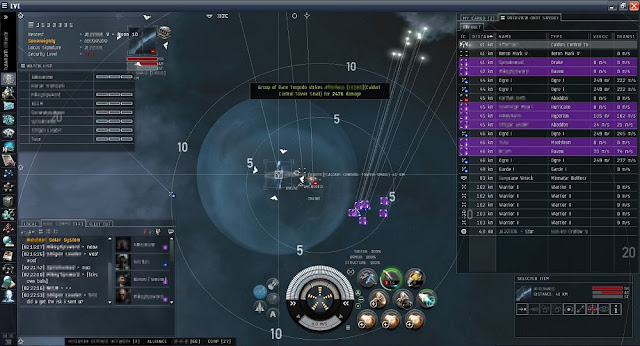 This kept up for a while but it was soon clear that without moar ships and manpower there was nothing he could do would stop the inevitable. Finally he just sat in the POS and waited till we blew it up. After the smoke cleared we attacked and tried our best to take him out but he was MWD fit and we dint have any ships fit w/ a scram… so he was able to pull away and escape.

We blew the Ship Maint Array… and started going through the loot. One of my guys warped out of the WH, came back and jumped in the Itty 5. We ended up with the Itty 5, a Fleet Issue Stabber, a Drake and a buncha POS mods, arrays, ammo, etc., etc. Made 2 loads in the Itty 5 and cleaned out the worthwhile loot then blew up all the stuff that remained and…. Exit stage left! We regrouped at the Exit WH… which had gone critical. But we calculated we could all make it so I, in the smallest ship, popped through and then the rest followed me out OK.

The Tally…
We lost one ‘Cane;
they lost one Sm POS, Ship Maint Array, 3 ships taken as loot, and a butt-ton of mods, arrays, ammo, etc., etc.


We swapped DPS with 2 ships on multiple occasions and destroyed a POS without a security status hit and never once saw CONCORD… the ability to call in reinforcements is made vastly moar difficult than in Empire space due to the ‘hidden’ nature of wormholes. Wormholes are like islands… if ya dint bring it with ya, ya won’t find it here. These are some of the reasons they call Wormholes the Most Dangerous Space in EVE…
Fly Safe (if you can) and see you in the Sky  =/|
Posted by Turamarth Elrandir at 10/06/2011 01:20:00 AM