He was, and always will be… our friend. 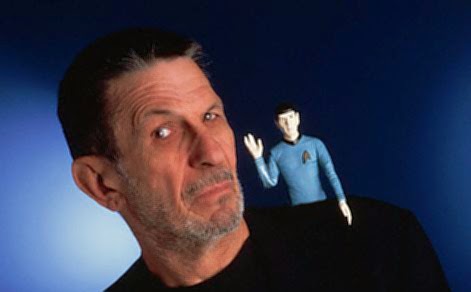 As all of you know by now, Leonard Nimoy has died. The facts are, he was 83, he died at his home in Los Angeles of end-stage chronic obstructive pulmonary disease.

I was hard hit by this news. You see, I am 54 and have recently, as those of us over 50 do, begun realizing I may have more years behind me than ahead… and I have begun to lose people who I never realized I would lose.

My youngest brother was taken from us by a drunk driver at 24, all of my grandparents are long gone, both my parents have passed… so many who were prominent in the news and in my youth are gone… but learning of the passing of Leonard Nimoy was different for me, as it is for so many of my generation… You see I watched Star Trek when it first aired… I watched Neil Armstrong, live, the night he first set foot on the moon and I watched every episode of Star Trek and every second of all the moon landings.

I grew up in a world where we WERE going to the moon and we WERE going to go to Mars and build space stations and have colonies on the moon and Mars and Titan and Europa and… and… and then I watched the politicians and the greedy and the shortsighted take it all away and leave me and my whole generation with bills and debts and the Cold War and the Vietnam War and many of those politicians going to jail leaving a trail of broken promises and shattered, stolen dreams.

Leonard Nimoy, through the character of Lt. Cmdr. Spock stood for everything GOOD in the hopes and dreams I and my generation grew up believing in… and lost. And now we have lost him. And I have cried deep inside every minute as I made my way through work today… as I drove home and met with my wife and daughter and we went shopping for her upcoming 12th birthday party this Saturday… Oh I smiled and joked and did the father and husband thing… but inside, deep inside, the 8 year old me, the boy lying on that rug in that living room raptly watching Neil Armstrong step off that lander on a black and white TV… the boy sitting cross legged leaning against the sofa raptly watching Capt Kirk and Mr. Spock win out against impossible odds in deep space…

That little boy cries still for the loss of a mentor and a friend he never really knew… but loved as though he did.