I had done the trading thing and enjoyed it quite a bit so I decided to try the mining thing, and bought a Cobra. The Cobra Mk. III is a midsized hull, with a very good cargo capacity, 16 tons, matched with a low heat sig and the ability to outrun most ships.

I fit it up for mining… x2 Mining Lasers, a Refinery and Prospector “limpets” err…  droans. (limpets are what they call droans in E:D… I simply cannot call them limpets as they are most definitely NOT aquatic snails with broadly conical shells.… so I shall l henceforth call them droans and you can ping me all you want about it, I will not change) I also really want to fit Collector Droans but they were not available at Worlidge Terminal in LHS 3447.

So I fitted her up, upgraded a few base modules then ran out of money. I then promptly went out, warped to an asteroid belt and tried my hand at mining in E:D… I lasered the fuk outta’ a rock or 2 afore I figgered out how to find and target the pieces that I was blasting off… even depleted one rock completely and never saw one piece of it.

For that matter I never got even one piece at all because I discovered I can’t, or don’t know how to, open my Cargo Scoop… supposed to be the “Home” key but nothing works to open it… so I bumbled around and promptly crashed my ship into a number of rocks, causing damage I could not afford to fix.

So I returned to trading and stuck with it ‘till saved up a touch over 400,000c. Not just so I could afford to fix my mining ship but so I could also move that ship over to Dalton Gateway station. I have come to prefer, from a RP viewpoint, Dalton gateway over Worlidge Terminal as my ‘home’ in E:D. Worlidge is one of those ‘box’ stations, what they call a “Coriolis” station… I don’t like Coriolis stations much.

They are a “Cuboctahedron” and they are so uniform in shape that when you land at one, unless you land on the dock side, you have to sorta guess which end to fly to… but first you have to watch for a second to see how it’s rotating so you can determine which of the ‘sides’ the dock might be on then I look to see which of those sides ships are flying around, if any… All in all simply too much bother. In fact it is so much bother people have even made HOW TO videos on this… sheesh.

Dalton Gateway however is how I have always seen working ‘real’ space stations in my mind… Dalton is an “Orbis”. Now the Orbis looks like a SPACE STATION!! It’s a Stanford Torus and this makes sense to me. The location of the docking port is blatantly obvious at the hub end of a huge wheel, and it has torus (the wheely part), a doughnut shaped hollow ring that rotates to give artificial gravity via centrifugal force. The interior is open with a floored space that has dirt and farms and lakes and buildings and parks and trees… a simulated ‘natural’ ecosystem for food and living space… in space. 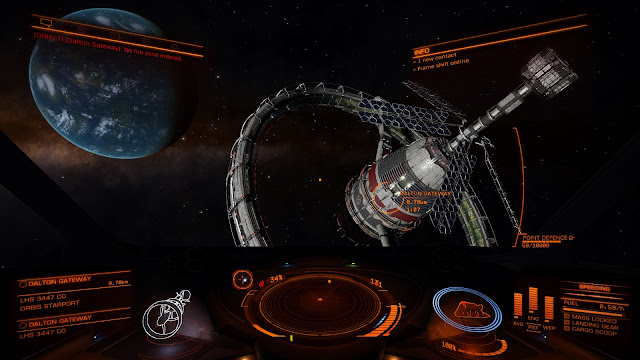 This is my new home. I instinctively know where to head to in order to dock up… 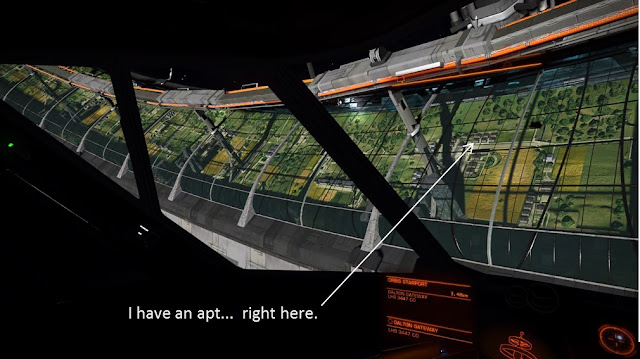 There is one thing I noticed the first time I idled over and sat a few K off the hab ring roof and looked around inside… A Stanford Torus design always includes a mirror system to magnify and reflect sunlight into the interior of the torus. These mirrors are adjusted to simulate the day/night rhythms all planet evolved species need. E:D’s torus stations do not have this… the light from the sun is interrupted in many and fascinating ways as the ring revolves… but not in ways conducive to healthy crops or healthy people for that matter.

But it is just a game right? I mean, what could they possibly DO about it? Hmm. So much attention to SOOO much detail… and yet.  =\

Anyhoo, so I decided to move my Cobra from Worlidge to Dalton. Now in EVE we do that by podding or shuttling around, or we pay a corp group or a hauling service such as Red, Blue or Black Frog Freight to haul the ships for us under contract. No such luck in E:D. Your ships are yours alone and I can find not one hauling services much less ships capable of actually hauling other ships around, E:D dunt work like that.

So you have to fly them around yourself. And there are no PODs nor cheap as dirt shuttles either… you have to buy a noob ship, the trusty Sidewinder Mk I. At approx 32,000c not too bad and like in EVE you can sell it when you swap to the ship you are wanting to move for I think most if not all of the buy price so meh… it’ doable.

I brought my Cobra to my new home and at last have all 3 of my ships in the same station. Sweet. I was also happy to discover that Dalton Gateway’s market has Collector Drones! Schweet! I got rid of the Prospectors and loaded up on Collectors and went back out to chew on some rocks.

It is a fascinating and incredibly different from EVE, mining in E:D. You choose and target a rock, toggle a Collector Droan off (he sits patiently underneath your ship below the cargo hatch), you open the cargo scoop (IE hatch… OH and I did find out that I can open and close my cargo scoop from the left hand panel Functions tab, I guess I need to set a key bind…). Ok so now yer set… you fire on the rock until a chunk breaks off and drifts away and you target the chunk, the Collector Droan automatically swings out and snatches the chunk and pops it into your cargo hold.

Now you have to Allocate the Resource. The Refinery tells you what you have and you have to decide what you are going to refine and keep, and what you are going to throw away... wait, huh? It turns out with the base model Refinery you have only 1 refinery bin and well you see with only 1 bin you can refine only 1 element… then you have to vent, IE throw overboard, IE throw AWAY all the rest… no matter what it is. I was refining for Palladium and got a chunk with silver and gold in it… and had no choice but to chuck them overboard. Geez really? And you have to do this multiple times until you fill the bin (1 ton) and move it to your cargo hold and free up the bin again.

OK, so I did that long enough to get a feel for it and said to H with this until I can upgrade to a multi-bin Refinery. Simply not in me to throw good credits right out the window cause I don’t have good enough equipment. Eff that.

So… back to trading. Though I just might buy a second Cobra and fit it specifically as a hauler… it does carry 16 tons, twice my little 8 ton Hauler and it is supposed to be faster and a little better at the GTFO. I am not looking at any of the TypeX Freighters yet… they start around 1mil Credits and I aint there… just yet.  =] 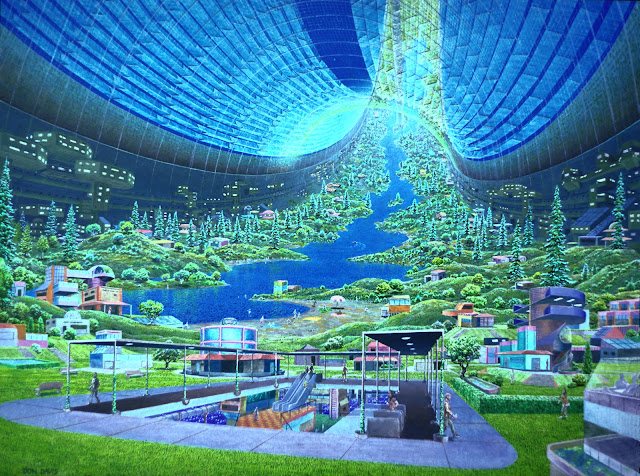