Slowest Kid in the Class FTW!! 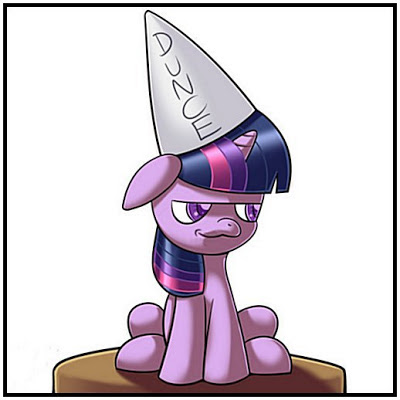 This may be my very first ‘Oh dear gods is CCP stoopid’ post. A sentiment I generally do not believe or promulgate but while the WiS part of Incarna was an extreme management and foresight failure, THIS is an intentional bag-full-of-fail… and as such they do deserve the Stoopid tag this time. What follows is all pulled directly from this Dev Blog, “Probe Scanning and other Goodies for Odyssey” and its feedback thread.

CCP SoniClover gives details on Directional and Probe Scanning changes (amongst others) coming in Odyssey and the reasoning behind them… in a nutshell, “The goal was to try to make exploration as easily accessible in the early stages as (mining and missioning), as exploration allows players to experience better the unique flair of EVE than mining or missioning does.”.

That’s it. The main objective with the changes to Directional and Probe Scanning are to make it LESS DIFFICULT (IE nerf it) for noobs in order to give them another accessible venue for initial ISK making other than mining and missioning.

Here is my gripe…

Basis:
"The recall and expire options have been changed a bit – recall is now instantaneous and happens automatically on system jump or dock. Probes still have a timer, but instead of being lost when the timer is out, they automatically recall instead... No more forsaken probes in space!"

Issue:
‘Magic’ probes are probes that do not ‘time out’, instawarp back into your hold and cannot be lost… This is IMHO, the worst possible change and the worst possible gameplay breaker in the Odyssey changes. The reason is it breaks Risk and Immersion.

This breaks ‘Risk’, making EvE ‘Safer’ because probes are the ONLY way to gain access to some (used to be many) sites in new Eden… among them the wormholes that lead to Anoikis. Without probes, no one can explore W-space, ever. This breaks the single biggest inherent Risk one takes when one jumps into a wormhole (and one of the reasons it is so damned exciting) and that is, getting back out again.

Because Probes are a piece of autonomous equipment, they have a definitive ‘life’ and as things stand now you really have to watch what you're doing because if you run out of ‘time’ your probes die AND if you dunt have more in your hold… you are well and truly screwed… all of which creates excitement and Risk and Immersion and without which we have the beginnings of WoW in Space… What’s next? Spells to stabilize wormholes and make them appear on Dscan as warpables so new players can’t ever get lost?

SoniClover says ‘no more forsaken probes in space’ like it’s a GOOD thing… How in hell can he feel that way about removing an inherent risk so badly? I can only assume the Great Nerf Creep has begun… the need to bring in and retain new players and open EvE to the mass market may now be the Clarion Call of CCP. This is a weather change away from the PvP oriented ‘Risk is Real’ sandbox ideal that the game was based on and that the current playerbase has grown up with.

If I sound bitter, it’s ‘cause I am about this particular change because it is not ‘needed’ in order to make the game more accessible to new players. It does not stop, nerf or change any form of Non-Consensual PvP, it only removes an acceptable and well documented risk taken by the player himself. This breaks Risk completely in this area of EvE and once you start down that road… once you say, come on, it’s just 'a little change’ here and ‘a little change’ there… then the end is written on the wall… one day we will wake to find ourselves in Trammel surrounded by hoards of 12 year olds… all playing EvE in God Mode... now won't THAT be just so much fun!