ISIS, ISIS on the Wall… 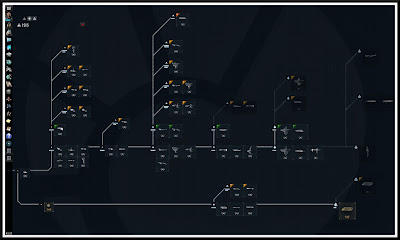 Have you opened ISIS yet? Do so now, for some, many I feel, it may be a bit of an eye opener.

I really, REALLY like the interface… I am a draftsman by education (when I was in college CAD was so new we were saving our file on floppies… 5.25” floppies).  From that standpoint I find the layout is very pleasing, what wasn’t was my rankings. Turns out I am all L5s on only a few ships… What surprised me was which ones.

Freighters…  sheesh. Turns out I am all L5 on the Fenrir, Providence, Charon and the Obelisk. The part that really sux is… I have never even sat in, much less owned, one of these. I can fly most of the ships of each race. Almost all the Matarii ships, three quarters or more of Caldari and Amarr and about half the Gallente. I am pleased some are at L4, but not as many as I had hoped. 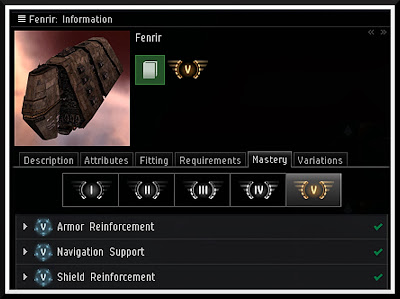 In two days on the 23rd I will have been flying the deadly skies of EvE for three years. I have 46m SP and I have spent almost two and a half years of that time in Anoikis from C1 to C6, living out of a POS.

I joined EvE at the tail end of Tyrannis, Incursion dropped very shortly after. I grew up in Incursion and have lived through Incarna, Crucible, Inferno and now I have crossed the Rubicon… Hopefully, and with the help of ISIS, Tur will finally Master of some ships he actually OWNS before the Summer 2014 Expansion hits.