See? Change is the only Constant.

This is a quick one but I wanted to hit a few really interesting points from the Sept 17th 07 Show.
Big changes are coming to EVE, again…

In a concise and friendly little tête-à-tête CCP Seagull announced she wants ALL structures and infrastructure in new Eden to be as player created, destroyable, dynamic and driven as the market is.

They are bringing back Expansions…

These will be a new hybrid form of Large, dare I say ‘Jesus Feature’ type of release… but they are also going to continue the now familiar smaller regular 5 week releases. The Expansions will be based on features that belong together and have a ‘bigger’ impact on the game as a whole. These will not have a fixed schedule as such but will be rolled out as and when it make sense and they are ready.

The next one is going to be an Expansion… not a std. release. It is about Citadels, Structures and new changes and roles for Capitals.

Plus, we can look forward to Seagull being more active blogging and in video. And we have found that on the whole when she speaks, stuff happens.

Just after CCP Seagull’s fireside chat, we get some news about the AT Collusion Allegations…
The Prizes have been seized and an investigation is ongoing… Ooooo  Drama in EVE? Nooo say it isn’t so!... right.

As we all know, requests for the QEN, the CCP Quarterly Economic Newsletter, or for that matter ANY economic figures at all has been in perma-request mode since CCP stopped publishing the QEN. Well, CCP Quant is going to be putting out graphical financial information in the future.

But… These will be about New Eden’s Economy (not CCPs finances…)
Subjects such as ISK sinks and faucets, trade deficits by region or area, import/export figures, production/destruction figures. All interesting and for the good no doubt, but CCP KNOWS what we are asking for, what we really want is how healthy is the GAME? How healthy is CCP in financial terms… what do the PCU numbers really represent? What ARE the sub and account numbers for EVE Online?

I doubt we will get those though… we all know there has been signs and portent of decline in the playerbase numbers. We just don’t know how bad it is. And if I was Hilmar, you wouldn’t know either. No company helps itself or its image or finances with bad numbers. Bad enough people are asking… last thing I’d do is give the Chicken Little crowd ANUY hard numbers that could be used or even twisted, no matter how much or little, to bolster their negative views… or worse, their agendas.

There is a lot of other good info and some fun stuff on the 07 Show… it’s really worth a watch. 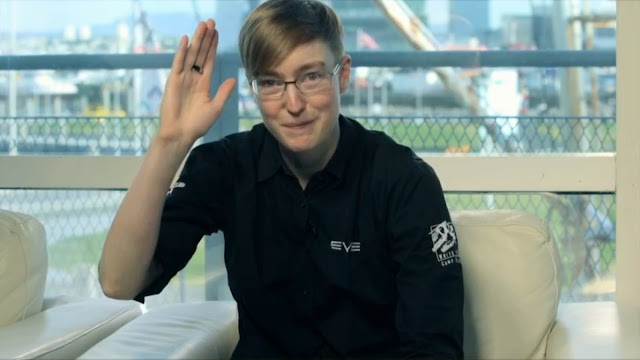