~or Blog Banter 41: The Directors Cut

"The universe of EVE is not without its drama and epic stories, both in and out of game. Imagine a publisher, movie studio or television network asked you to prepare a pitch for a new brand of EVE-flavored entertainment.”


“This could be your big break, what would be your synopsis to bring New Eden to the wider audience?”


My idea, a new Cable series for the SciFi Channel...  Written & Directed by Josh Whedon (if at all possible).

This would take place inside EVE Online but not on Tranquility, rather on a dedicated server called (damn, "Serenity" is taken...) "Odyssey" setup by CCP for this production. This MUST be 'protected' from the EvE playerbase as they are a wholly immoral bunch of asshats… I know, as I are one.  =]

YC113 “An Empyrean Odyssey” would allow the creativity of an animated series combined with real life actors playing in an ensemble cast in the game.

The SciFi Channel would benefit by breaking ground on a totally new Virtual Series format for cable entertainment that comes with a preexisting viewerbase, a series that would also carry the potential for TV movie and possibly major motion pictures.

CCP would benefit through growth as a company in hiring staff to create worlds and characters and such for the stories to be told, cashing in on the Hollywood revenues possible if the series takes off, and from the ON GOING regular Cable advertising for EvE that such a show would essentially be.

I based the series in Wormholes space not because it is where I play, but because it gives us truly interesting base to leave from and come back to... Their own station, their home.  Keep in mind ALL OF EVE is available for stories… the lore of W-space… Faction warfare… the Ebil Empires… and yes, even Player Lore… (cleaned up a bit though…) can’t have children running all over the house with their Lego Rifters jumping one kid with a Lego Hulk screaming “The Cluster FUCK Coalition Pwns YOU carebear noob!!” … have to change that to the Cluster Frack Coalition I guess…  =]

And yes… I would give a lot to see the old Firefly gang play the parts… who wouldn’t?  =]

In a distant star cluster called New Eden, cut off from mother Earth in the depths of space and time… Being a Capsuleer… an Immortal Empyrean… is not always all it’s cracked up to be. 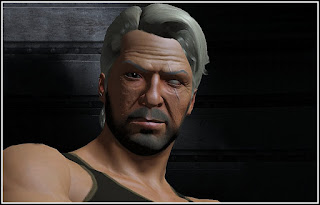 Captain TurAdan ElRandir, a Minmatar of the Brutor Tribe is one such Immortal Ship Captain. He lives and fights, and dies… to be reborn in a clone Vat Bay, fighting to keep his ship, his crew, his Corporation and its members and their families safe… and to give them a chance for a better life in the war torn ‘verse of EvE.

After the “CONCORD Emergency Militia War Powers Act” of YC110 brought all but unrestricted war to New Eden, TurAdan and his closest Capsuleer comrades founded Anoikis Bounty Hunters Inc., ABHI, and took a corporation wide vote on whether or not to move the corp and its membership into ‘Anoikis’… wormhole space…

...far away from the ravages of the Empyrean Wars taking place across thousands of New Eden’s star systems, to search for, and hopefully find an Anoikis system to colonize and to call home… to give up the dubious ‘safety’ of CONCORD’s protection for the lawless and dangerous unknown spaces on the other side of the sky. The membership voted yes... so began their search for a new home, a home fraught with unknown dangers yes, but also, with blood and sweat and hard work, maybe they could make it a better and safer, home.

They scan down ancient structures, stations and abandoned outposts… Sleeper Enclaves, Engineering Stations… ancient Talocan Battleships… and more. They fight off the Sleeper drones and AI controlled ships that guard these secret places deep in unknown space until they win control of the sky. They dock and hack into the stations computer systems to gain entry… then they suit up, arm themselves and Captain ElRandir leads his team inside… who knows what technological marvels and riches they might discover. But Sleeper sites are ALWAYS guarded… by advanced Sleeper drones, or maybe… something else?

And so too begins our journey… as we follow the exploits, adventures, triumphs and losses of the Leaders and members of ABHI as they fight the dreaded Sleepers… the lifeless drones and Artificial Intelligences that inhabit the strange deep space at the other end of the stellar phenomena known as wormholes… They harvest and collect Sleeper salvage and useable cargo left in the wrecks of the drones and ships they fight and in the stations and structure they explore and then undertake to transport their gathered goods back into Empire space to sell or use in research, ship and module building. In their travels they have to run a gauntlet of pirates and roaming gangs from hostile corporations in their quest to make a home for themselves in the deadliest space in EvE… 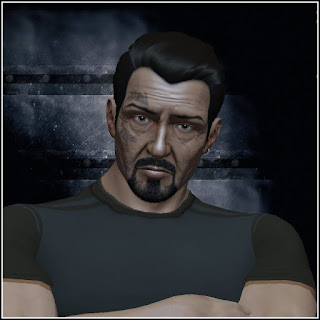 First Officer, Commander K’Shan Pellor, Amarrian and Udorian. Wanted as a religious heretic in his homeland, the Amarr Empire, for breaking ties with the church over slavery, something no Amarrian is allowed to do. He has found sanctuary and a purpose with Capt. ElRandir and ABHI. 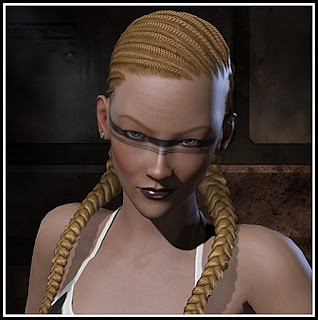 Chief Warrant Officer Baidhren, Gallente and Jin-Mai (Sang Do caste). Chief of the Boat, greatly respected by the crew she keeps whatever ship they undock in running smoothly… little is known of her past yet Capt. ElRandir trusts her implicitly. 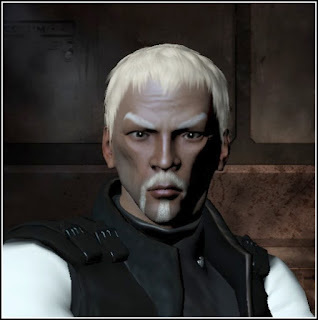 Dr. Snjac Loi DeGaspare, Caldari and Deteis. ‘Doc’ as of course everyone knows him is a doctor and a scientist with an eidetic memory and astounding intellect, he could have worked at any university or medical center in any Empire in EvE, yet he chose a life among the stars ever seeking what lies beyond the next nebulae… he is the heart and conscience of the crew and the Captain. 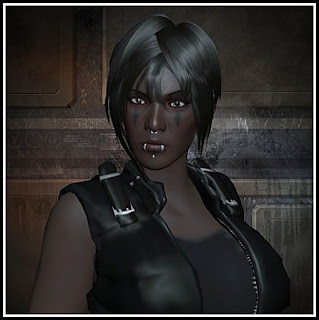 Major Treyn Sh’ang Kreel, a Matari of the Brutor tribe, Commanding Officer of Matari Marines, an old and trusted friend of the Capt., his sister in blood, and in law. 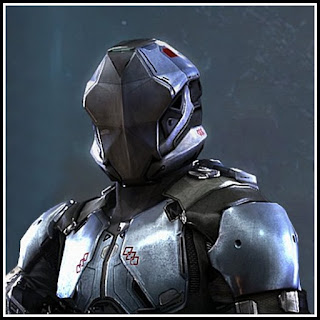 Lieutenant Brannock Korvo, aka Templar Six, True Amarr and former Immortal Soldier for the Amarr Empire. His Imperial conditioning was broken during the battle at the Core Freedom colony on the planet ‘Pikes Landing’. Unknown to anyone… Vince Barabin was not the only Templar to escape from that maelstrom of death and destruction alive.

"Blog Banters" are brought to you by the good folks at...“Freebooted” by Seismic Stan