It’s a Thing With me Now…

Back a few months ago I decided to make a pilgrimage most of us, them as who love the Lore of New Eden that is, eventually make sooner or later… I travelled to the Eve Gate in the New Eden system. The Eve Gate, if you don’t know, is the genesis, the birthplace of the human race in New Eden.

~segue…
Our genesis story revolves around the Eve Gate, a naturally occurring wormhole that was discovered by our ancestors back on Earth and they used it to migrate out from our home system and colonize the rich new systems in the New Eden cluster… Then, after one hundred years of colonization and trade between Sol system and the fast growing and rich New Eden systems, the Eve Gate “…unexpectedly and seemingly unprovoked, collapsed in an apocalyptic catastrophe of a scale never before witnessed by the human race, ruining the New Eden system in the process.”

And we were cut off, left in complete isolation. We regressed and for millennia thousands of the original colonies died off… only a handful survived. From them grew us, the five major Empires that arose from the long dead ashes of the Eve Gate Event… the Amarr Empire, the Gallente Federation, the Caldari State, the Minmatar Republic, and the Jovian Empire, and a number of smaller independent factions and states.

Back in April I made my own Pilgrimage to the New Eden system and the Eve Gate for the very first time, to see for myself the birthplace of humankind in New Eden… It was a moving experience for me. I am an avid SciFi reader and so the Lore of New Eden calls to my soul… I take to heart my Matarii roots and the stories and lore that surrounds my heritage in EVE just as I am also deeply interested in the Lore of Anoikis, my chosen home in EVE.

Interestingly enough, we who live in Anoikis get to experience EVE in a very different way than the huddled masses in Empire space… I call it Traveling without Moving… Every 24 hours at the very most our connections to Empire and other Anoikis systems changes… Imagine if you lived in Dodixie or Jita and on a 16 to 24 hour cycle all the gates randomly changed their connections… to systems anywhere in New Eden… anywhere… Hi, Low, NULL or even Anoikis…

For many this would be utter chaos bordering on madness… the disruption this would cause Empire players would create a Niagara Falls of tears… why Industrialists alone would cry the Grand Canyon full to its brim! But, for us, the few who are brave enough, and yes, crazy enough to make our very real homes out in the black of wormhole space… it is pure excitement.

Everyday bring new Anoikis and often Null systems to explore and raid, new Lowsec systems to hunt in, new Hisec systems to trade and shop in… I cannot tell you how wonderful it is to look forward, with anticipation, to Where Will We Be Today? And in Anoikis fleet comms you never hear, “Are we there yet?” said in anything other than purest of jest… for we know full well that our brethren in Null say it all the livelong day and in earnest too.

This little fact of the Tao of Anoikis impacted my Pilgrimage in an interesting way… When I set off, our stat lowsec was in Nasesharafa which was 38 hops from the New Eden system… so I used a Maladiction interceptor for the trip, due to ‘extremely fast’ and ‘immune to bubbles’. When I had finished my tour of the gate and connecting historical systems I turned for home and found that our old static had died and was now in Jeni, a mear 14 hops away… LOL. Gotta love Traveling without Moving!

So yesterday I was on alone early and I did the scan-down-all-the-things thing… and lo and behold, our new U210 static low was in Central Point… 2 hops from the New Eden system… well huh… 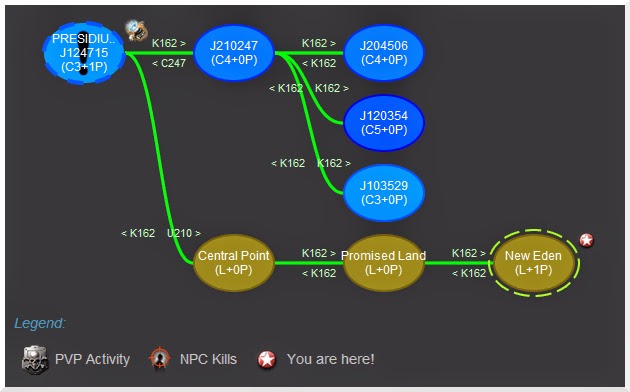 What the hey... so I trundled on over to the Gate… warped to the BM I had left on my first visit, the place where I had dropped a well named Mobile Depot… just like all the cans you see on scan and all with messages from those who came before. 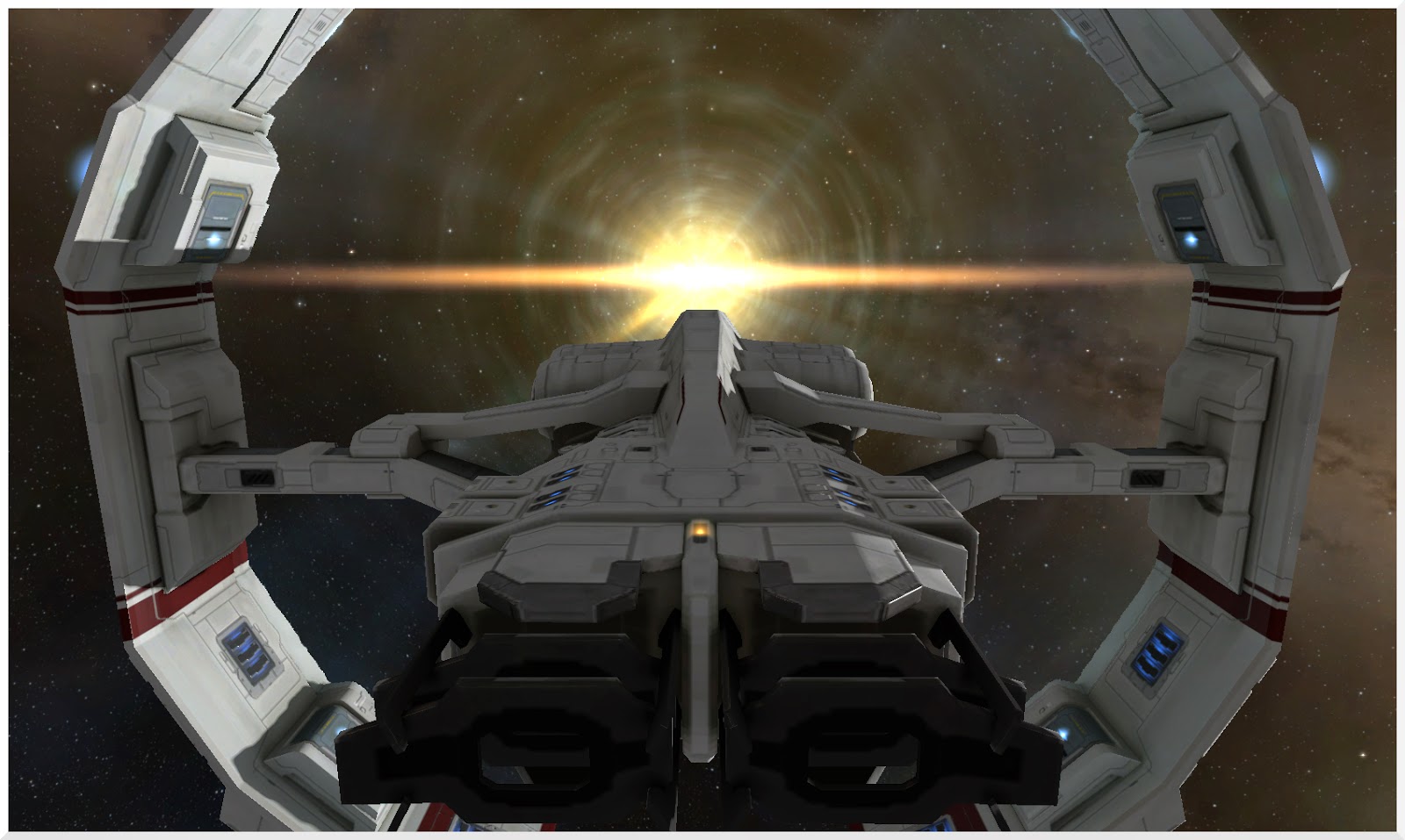 As I sat there contemplating the gate, life, the universe and everything… I decided to once again leave my temporary mark as twere and drop the Depot I had with me… after I named it appropriately I then decided to leave something else behind.

They have some Spirits and a case of Quafe for mixer… and the hound, if they get hungry enough… I hear they are a bit gamey but you can get real hungry out there in the black… ya know?