Do We Need to Draw a Line In da Sandbox?

or~ “Is New Eden a Gankers Paradise?” 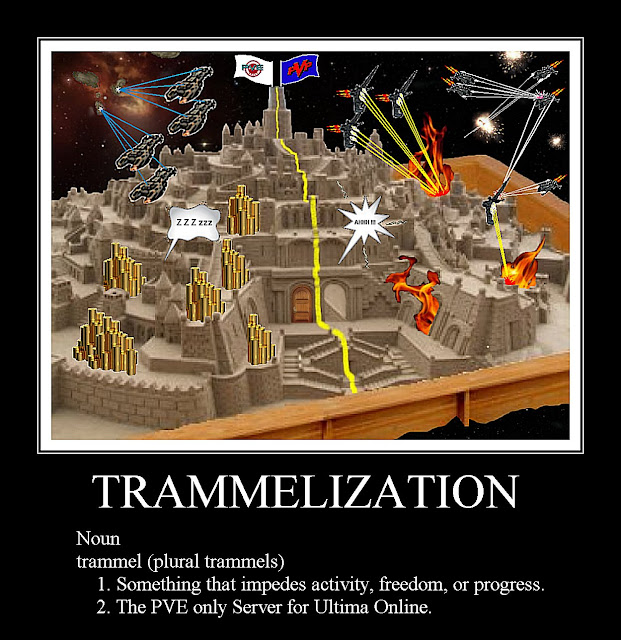 Everyone agrees EVE is a Sandbox, but is it, or should it be, a PvP or NCPvP or a PvE Sandbox?

Just so we’re on the same page, a few Definitions:
PvP = Player vs. Player. To include Pirates, War Dec’ers, Faction Warfare, etc. All forms of ‘allowed’ or restricted adversarial player interaction and combat and including but not limited to: 1v1s, War Decs, SOV warfare, CTAs, Spying, Market PvP, etc., etc.
NCPvP = Non-Consensual Player vs. Player. Pirates, Gankers, Scammers, Spais, Infiltrators, and all forms of griefers. ALL forms of unrestricted adversarial player interaction and combat and including but not limited to: 1v1s, small gang, War Decs, suicide ganking, roams, hot drops, blob warfare, SOV warfare, CTAs, griefing, scamming, Spying, corp infiltration, grand theft, Market PvP, etc., etc., ad nauseam.
PvE = Player vs. Environment. Mission Runners, Miners, Industrials, Marketers… all types of carebears. All forms of player interaction with the NPC (Non-Player Corporation) entities in EVE including but not limited to: Missions, Market, Mining… meh who cares?  =]
My conclusion from the research I have done is that the consensus opinion is that EVE is a primarily NCPvP Sandbox with PvE Content designed to support the NCPvP. The mechanics, policies, rules and the almost 10 year History of EVE do seem to back this up. Browse through any random selection of EVE blogs or the gaming media on EVE and you will read moar about NCPvP than any other aspect of the game. One very concise write up of EVE style NCPvP and the Sandbox MMO is, The Devil's Advocate: FFA PVP and the Sandbox MMO. 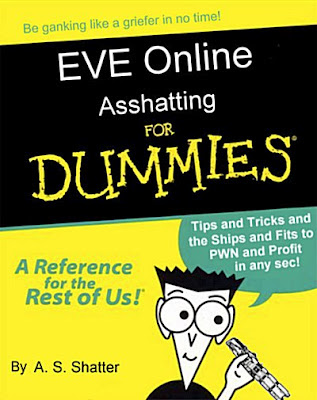 OK, so EVE is an NCPvP game… Conflict, combat, destroying ships, mods and PODs, scamming, cheating, ganking, stealing, lying, etc., etc., ad nauseam is all by design and intent and is the basis and raison d’être for EVE. This, of course, is a very happy making thing for the PvP and NCPvP players… but…
If this is what EVE is about… why do we have all this whining, argument and butt hurt over it? I mean, it’s an NCPvP game right? If you don’t want NCPvP, why are you flying in a Gankers Paradise? There are so many games out there that keep you “safe”, that keep your Stuff “safe”. Why are you mining in New Eden during Hulkageddon??
Isn’t that the same as a 20something hottie wearing a microminiskirt, no panties, a haltertop 2 sizes too small without a bra and Eff-Me Pumps into a biker bar?  I mean, yer honor, she was askin for it!! Right? I mean she’d be far safer hanging out at the local Bath & Body Works? OK, okay, bad bad analogy… (and no she was not askin for it, but I think many would agree it would be a very bad couture choice for the postulated venue)… However, a pilot sittin inna Hulk inna belt in Pozirblant, mining Veld into a can while watchin “I Love Lucy” reruns on the TriD… yea, in an NCPvP MMO he IS asking for it... 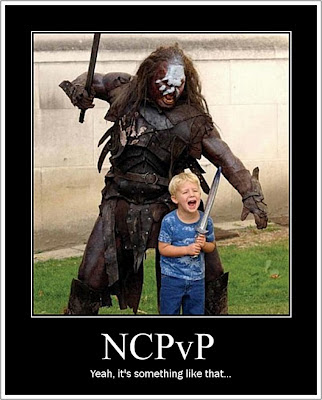 I am not a ‘big’ gamer or MMO player with multiple accounts on multiple MMOs. In the early 90’s I started out playing PC FPS’s… Commander Keen, Wolfenstein 3D, Doom thru Quake III then tried many MMO’s over the years since then and never made it past the trials… just too damn boring and too many fairies, uh I mean, Elves…  =P  But when I was introduced to EVE I finally found a game with the complexity, depth, variety and FREEDOM that I craved… oh, and no fairi.. um , Elves. Even though I did not know in my guts how Harsh, Hard, Dark and Deadly EVE could be, I accepted the bad with the good from day one right up to today. I got ganked as a noob, I got podded and lost ships to stoopidity and the Pirates of EVE. But I never once felt the desire or need to go forumwhine about it.
OK, this is what I want to know… and I am asking the blogging community and those few who read my drivel… Why are you mining in Halo? By that I mean why are PvE ‘only’ gamers (IE carebears) interested in EVE as compared to any other safer MMO? Is the PvE content in EVE, the Missions, Mining, Market and Industry all alone that good? …that much fun? Really?
“What is it EVE PvE players really want?”  Do they want to Trammel on EVE?
As I stated, I am not an Old Bold MMO Gamer, but it seems some of us are… Thanx to Mabrick over at Mabrick’s Mumblings for posting a link to: Criticism of Ultima Online, about some highly controversial and very familiar sounding gameplay that took place in that ground breaking NCPvP MMO. As I read through the Griefing section, I was stunned at the similarities between what HAD happened in UO and what WAS happening today in EVE. Stabs over at Stabbed Up offered up his related: “Is Eve heading for a Trammel?” post back on Apr 4th.
I was completely freaked out when I read this in the Criticism of UO:
“Eventually, the ongoing depredations of the 'red' community caused the creation of a separate, mirror world, called Trammel, where only mutually consented PvP and theft could occur, within or between player guilds that were in a state of war with each other.”
“…some players cited the introduction (of Trammel) as the downfall of the Ultima tradition of interesting and complex behavior…” “…almost all player activity moved to Trammel, and the old world (given the name Felucca) became practically abandoned.”
Stabs opined:
“I predict a Trammel for Eve in 2013. Areas where players are untouchable.”
This scares the crap outta me because without ANY knowledge of UO or Trammel, I stated near end of my post on the latest Blog Banter 35: “The Public Perception of EVE Online”:
“Maybe that’s the solution… Create a NEW single shard server, call it… what? “Fastidious”, copy EVE to it, edit this version to make it a carebear centric game…”
"Those who cannot remember the past are condemned to repeat it." Are all NCPvP MMOs bound to fail?
Will we live to see “The Decline and Fall of the New Eden Empires?”
Fly Safe and I hope to keep seeing you in the Sky  =/|)=
Posted by Turamarth Elrandir at 4/26/2012 10:30:00 PM