ISK Can’t Buy You Happiness, But it Can Rent You an Titangasm.

~or  “Inflation, while Good For Balloons, is Bad For EVE.” 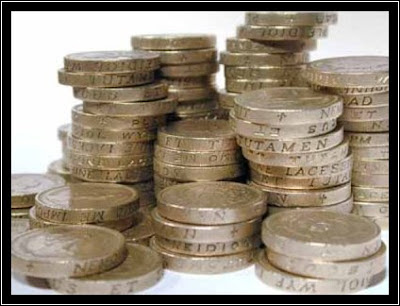 There is a problem in New Eden… (NO! really?)  =]  We are awash in ISKies… there is too much ISK coming into the economy and not enough going out, inflation is rampant, the proletariat are running amok in the corridors, the bourgeoisie are flying their Titans in the nude and slammin Jager like their all CSM Chairmen… … oh…  wait…  ok, so things are pretty much normal in New Eden, we still have too much ISK coming into the economy…
So what could be done to fix this? Here are a few of…
CCPs IDEAS:
(ref: Infernal Q&A with CCP Soundwave)
“Infernal Inflation Games”
In the upcoming ‘Inferno Patch’’ they have announced…
1. Their gonna give all the Droans in the Droan Regions a Cease and Desist Order to stop them from hauling Droan Minerals all over EVE no matter what they’re doin. So no moar gunmining, they’re gonna be replacing Droan Minerals w/ Bounties. However this move (surprise, surprise) will actually become another ISK Faucet and lead to a possible (probable?) increase in ISK flowing INTO the game adding to inflation so…
2. so offset the above we can “…expect some “Reward Balancing” later in the year...” IE bounty Nerf.
1st Incursion Bounties will get the Nerf Bat
2nd (and possibly) increase Transaction Tax,
3rd (and MAYBE) “…considering lowering ALL bounties across EVE.“…by approx 10%.”
As I see it, instead of creating moar bounties just to end up lowering them, IE directly reducing the amt of ISK that can be ‘earned’ ingame, why not create moar ISK sinks?
MY IDEAS:
I have an issue with Bounties… according to Lore, CONCORD is financially independent of the Empires due to income from: Loyalty Point Stores, Pilot Licensing, PLEX and Smuggling Fines… these simply do not seem to be enough to cover running costs AND the bounties they payout. CONCORD needs moar ISK!!!
Add that to my personal love of the Lore of EVE (I’m an OLD scifi buff) and my preference for accurate detail (at least as accurate as is workably possible) then I can easily think of a few decent ISK sinks just beggin to be added.
I.  Docking Bay Fees\CQ Rent
Think about it. You can live in ANY NPC station in ANY part of Empire, dock a mixed FLEET of SPACESHIPS, with maintenance, power, logistics and other attendant costs… FOR FREE???  Oh come on! You gotta be kiddin me! Wanna a reasonable ISK Sink? Charge Docking Bay Fees for ‘each’ ship, and rent for the CQ.
Detail: Fees/Rents based on either:
A. Term Contracted same as Corp Offices;
B. With a Corp office, Fees included and priced accordingly;
C. No Corp Office or Contract, priced per dock up at hourly rate. Fee rates reflect same scaling as current Office Rentals.
NOTE: This is NOT a new ISK Faucet (Transfer) for null. Systems can still be rented, but the Docking Fees\Rents are absorbed by CONCORD or the station itself as station costs (a sink) NOT as income for the renting Alliance.
II.  HR & Internal Logistics for Ships
The Lore (and common sense) says the Ships in New Eden are crewed. These crews must be fed and paid… OK, add Logistics Charges per ship, based on Crew size, to cover required food, clothing, medical services and pay... The Cost of Doing Business as ‘twere. And yea… dunt pay yer crew, you can’t undock that ship.
There is an extremely detailed and well thought out post on this idea here.
III. CONCORD Fines for Agression
Add a fine to CONCORDable agression, not only do you lose sec status (and possibly your ship) but you will ALSO have a fine (deducted or manual?) in line with the severity of the action. Not so much as to make Hauler Ganking unprofitable, just a bit less profitable than it is now. This would create a sink and reduce an existing faucet.
Detail: for can/wreckflipping, base fines on % value of shiploss and/or loot dropped?
Detail: for ganking, base fines on % value of ship and/or cargo/minerals dropped and/or destroyed?
Detail: for podkilling, a base fine for no implants and scale fine based on % of Implants lost?
Detail: scale fines across secs? Higher fines for Hisec to lowest fines for Nullsec?
Detail; as CONCORD does not operate in W-space, no fines there?
NOTE:
Upside - may help to incentivise moar people into low/null and possibly W-space.
Downside(?) - may make Hisec ‘safer’
IV.  CONCORD Gate Charges?
Add an ISK charge for every gate. Prolly VERY HIGHLY unpopular BUT… does give EVE a permanent unavoidable ISK sink.
Detail: base charge on mass? By ship class? By sec status?
Detail: higher charges for Hisec scaled to lowest for null?
Detail: No charges for Wormholes… (holes are not a mfg’ed ‘Gate’)
V.  Income Tax?
Create an Income Tax for EVE…
LOL,   yea…. right… sorry, I just HADDA add that one for the lolz…  That’d make the Incarna Riots look TAME…  =]
I personally feel very strongly that #1 and #2 SHOULD be a part of the game. They are in keeping with the Lore and would add greatly to immersion by adding another, deeper level of virtual ‘reality’ to this wonderful ‘verse we inhabit. We should not be able to live for free. Is it at all reasonable to have to pay several million ISK for OFFICE space and yet you can DOCK a FLEET of ships for free?
And to pretend that ‘one lone man’ can run and fly and fight a Rifter (the size of a 747) all by hisself, much less a Rokh or a TITAN… no matter how amazing he may believe his amazing brain to be, is simply foolishness. These are REASONABLE costs and should be a part of the game.
YOUR IDEAS:
Tag, yer it! 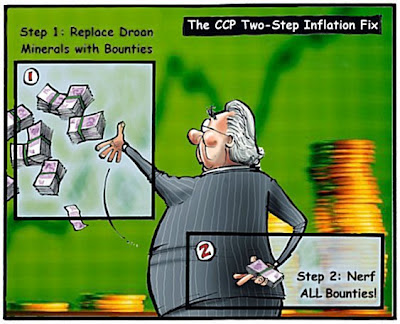