A Tale Full of Fail…

or~  “One Day This Idiot Joined Our Corp and…” 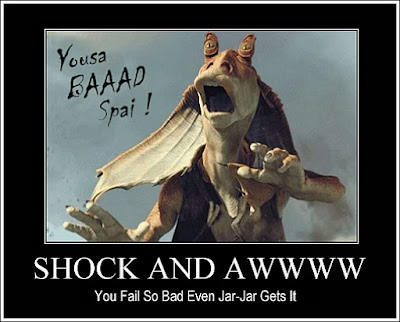 The few who follow this may have noticed that I aint blogged much lately… simply not much to blog about… Log on, fleet up, kill Guristas, salvage wrecks, log off… rinse & repeat. We haven’t even been really plagued by neuts nearly as much as usual, at least not when I have been awake (read online). Boring actually if one must be honest ‘bout it.

Guristas Anomalies by Difficulty
• Class 01 = Guristas Hideaway (easiest) [not in our system]
• Class 02 = Guristas Burrow [not in our system]
• Class 03 = Guristas Refuge [not in our system]
• Class 04 = Guristas Den
• Class 05 = Guristas Yard [not in our system]
• Class 06 = Guristas Rally Point
• Class 07 = Guristas Port
• Class 08 = Guristas Hub
• Class 09 = Guristas Haven [not in our system]
• Class 10 = Guristas Sanctum (hardest) [very rare]
• Level 01 = Guristas (Class X) (easiest)
• Level 02 = Guristas Hidden (Class X)
• Level 03 = Guristas Forsaken (Class X)
• Level 04 = Guristas Forlorn (Class X) (hardest)
IE:
(C04) Den = very easy
(L02/C05) Hidden Rally Point = hard
(L03/C07) Forsaken Port = much harder
(L04/C08) Forlorn Hub = hardest… and so on.
This means the Forlorn Hub and the Forsaken Hub are the hardest regular anomalies available in our system and therefore have the highest bounties… so S.O.P is to bounce between these two Hubs and try and complete them as quickly as possible… bounties are paid out by CONCORD every 20 minutes, this is the “Bounty Cycle”. The moar Red Crosses you can wreck in 20 mins, the higher the Bounty Cycle for everyone in fleet.
In fleet I have no tanking problems. The Guristas aggro switch so at most you might have to tank the whole incoming DPS for one spawn, but very rarely for the whole site. In my Mael or Loki I can solo the Dens, Rally Points & Hubs and so far some of the Hidden variants with impunity but not anything higher in difficulty without risking my ship. Oh, and in some of the sites…  the Cursed Foul Black Hearted Guristas web and scram… so you might see how I may have selected the wrong site to play in solo and BLAMMO! Lost my Mael… crap crap crap… OK, I figger I can pop in, in my Loki, grab the lewt from my dead Mael and warp out… uh… yea… right.
Sooooo… after losing my Loki I POD back to station, again, refit a Drake for max tank with tractors and salvagers and THEN I was able to get my loot AND salvage both lost ships while shruggin off the incoming DPS like a water off a…  (lol) duck’s back. But, other than that little bit ‘O foolishness it has been just the normal daily dull ISK grind.
Spai Fail 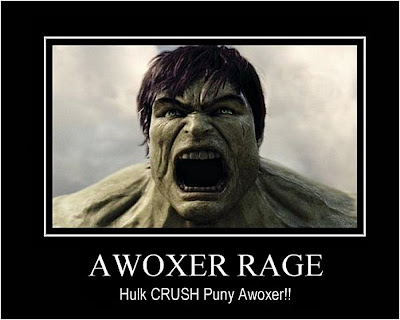 As I have said, things were quiet ‘round our system… until this past weekend… and man oh man do I love it when a good griefin op goes so badly wrong.  =]
You see, we had a Spai infiltrate out corp. This guy, Surgeon42 (yea, I’m namein’ names but I aint drunk and he aint suicidal and this aint a Fanfest stage…) applied for membership, the Directorship did the usual vetting and he “seemed” OK on the surface. Keep in mind that in EVE, corp infiltration and spying can be actually quite easy what with each account having 3 toons all wayyy to easy to kill off and create anew… many griferbears keep 1 toon as their Main, and recycle the 2 alts.
So, we get an app, our guys do the std. vetting and find nothing obviously amiss, we accept him on the 9th and on the 13th he, and some friends, AWOXed this blinged out Golem… which caused us a smidge of trubble as we are renters ultimately of Raiden and Awoxing is a kicking offense. Note: definition of Awoxer, and where the term ‘Awox’ came from.
We felt this awoxing was possibly politically motivated due to this from him in our corp chat:
﻿
“Surgeon42 > Ill extend the offer i gave to accsis, i'll leave corp peacfully for 300m. Otherwise raiden. will not be pleased. Thats is my only offer, take it or leave it.” 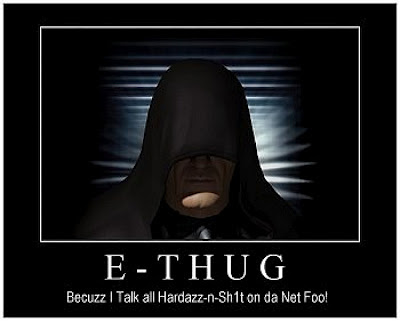 The worry was that as long as he did not dock up we could not kick him from corp until, at the earliest, when the server came back up after downtime. If he was able to get logged on before our directors could get logged in and kick him, then he would have another day to continue working against us.
Here is where it gets interesting… this doofus for some reason then comes back down to our system… for the life of me I can’t possibly figure out why. I mean, we are obviously gonna wanna kill him, POD him, resuscitate his corpse, then Kill him again… and while we are primarily an Indy corp and we are not PL, or the Tuskers, we are also not totally clueless when it comes to PvP and there are quite a few of us to boot. We figured he was lookin to setup a hot drop… but, if that was what he wanted why not wait until we are rattin in fleet or until we have a big mining op going… why basically warn us by AWOXing and THEN coming back in system? I mean we were ready.
Everybody shipped up in PvP ships and we kicked him from TS. He warped around in system a bit, then went to the one POS where we have a SMA setup for general access so we can store ships outside of the station. He kicked out a Hound of mine and another frig, but they weren’t worth the effort to bump em out so he went to another POS where we did have an Orca with an AFK pilot undocked. He was in a Retribution and so dint really stand a chance of bumping an Orca all the way from the spike to the FF… especially as we were able to jam the Orca back up against the tower easy. He was smackin in local and corp, he convo’ed our CEO and tried to ransom (yea, right)… so he started orbiting inside the POS and doing… nothing. Then he dummied up and left the FF twice, both times he risked getting popped and he never had the upper hand, but he also never went so far out he couldn’t duck back in.
Then he got bored… he said so…
In local:
“Surgeon42 > Two quick points, what i did was nothing personal against you, or the corp.”
“Surgeon42 > And 2nd im docking now, so u can kick.”
Then… he self destructed his Retribution and a few minutes later warped his pod to the station and docked up, whereupon our CEO kicked him with extreme satisfaction. As far as we know… he’s still hiding in there somewhere. Yup, ship-seppuku to keep it off our killboard… FAIL. Dint even try and warp to the unbubbled gate and make good his escape… a vastly moar Griefer-honorable tactic than asplodin yer ship, whining that you ‘dint mean it’ and dockin up in station SO you can get kicked…  FAIL.
Nothing personal huh… really? Well, I dunt know about him, but it was damned personal for all of us. That Awoxing cost us a bit. The corp had to replace the Golem (valued at 1.1Bil ISK) and paid a fine for the Awox to the Alliance plus the loss of ‘face’ even though our CEO did it right, immediately contacted the Alliance leadership, told em what was happening and made immediate restitution.So he got a blinged Golem kill on his board and cost us approx 1.6B ISK and put us on the Alliance’s KB as having Awoxed once… I still call it a major fail due to how badly he ended up using his membership in our corp. With a little thought and the willingness to spend some time, he could have hurt us so much worse than he did… I know there are those out there who will figure a 1.6 Bil hit and the loss of face moar than enough, I say they’re wrong.
If I was ever going to do something like this… I would plan very carefully and really maximize the DAMAGES… He squandered an opportunity and that is a fail in my book… and dunt get me wrong, I and my corp, are really, really glad he blew it like he did.  =] 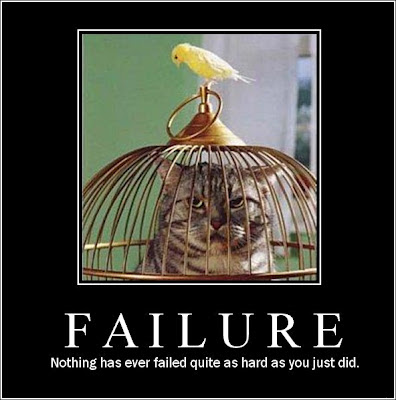